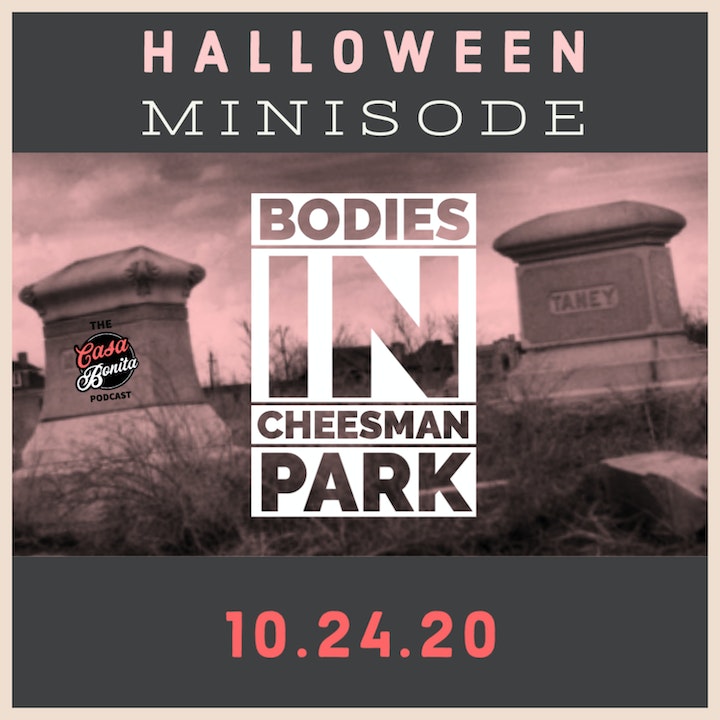 This is a special Halloween minisode of the Casa Bonita Podcast, released on October 24, 2020.

Halloween is just around the corner and later this week I’ll be releasing Season1, episode 8 of the Casa Bonita Podcast in which I talk with friend and local librarian, Wendy Paulas, the spookiest librarian I know, about spooooooky Colorado stories. To prime you for this awesome episode, as a little teaser, I thought I would first share the spooky Colorado story that everyone should know,

Fun fact, Cheesman Park is said to have inspired the films, The Changeling (the 1980 one, not eh Angelina Jolie one) and Poltergeist of 1982. Whether you know the story of Cheesman Park or not, you’re sure to enjoy Wendy’s telling.

Come back for Season 1, Episode 8 of the Casa Bonita Podcast, which will be released on October 28, 2020. You’ll hear more Colorado spooky Stories from Wendy, more on the movies The Changeling and Poltergeist and, of course, some Casa Bonita Halloween memories, as well! Don’t miss it!

--- Send in a voice message: https://anchor.fm/casabonitapod/message